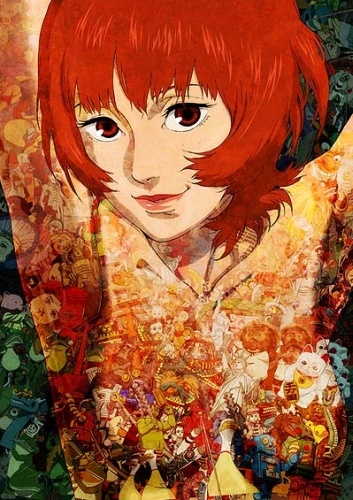 Plot Summary: A beautiful therapist named Chiba Atsuko and a genius scientist Tokita Kosaku work for a psycho-medical institute. Tokita invented the DC-mini. It is an epoch-making device that brings them into a patient's dream and enables them to monitor the patient's inner world in order to cure him or her.However, one day, the device was stolen by someone. Since then the dreams of those concerned with the project have been attacked one by one, and something is starting to go terribly wrong. Chiba begins to investigate the matter, using another identity though. She becomes the Dream Detective Paprika who synchronizes with other peoples' dreams to remove their trauma. She rises against the dream terrorist who uses the DC-mini that is strong enough to destroy ones personality. But who is this criminal, and why commit these crimes? When the manipulated dream connects with the reality, an inner world no one has ever seen is revealed...