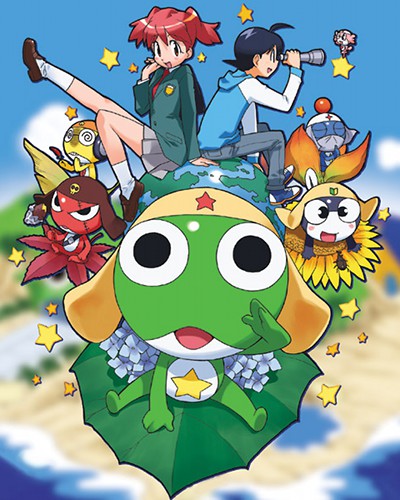 Plot Summary: Keroro is a frog-like alien from planet Keron, who's on a mission to conquer Pekopon (Earth). However, when his cover is blown, his battalion abandons him and he ends up in the home of the Hinata family. There, he's forced to do household chores and sleep in a dark basement that was once a prison cell haunted by the ghost of an innocent girl. Keroro and his other 4 squad members continue with their plans to conquer Pekopon, aside from building Gundam Models and being lazy in various other ways...